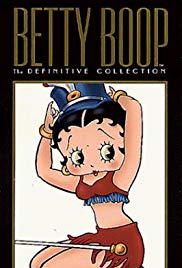 Betty Boop’s Birthday Party is a 1933 Fleischer Studio animated short film, starring Betty Boop and featuring Koko the Clown and Bimbo.It’s Betty’s birthday, but she’s in the kitchen washing dishes and wishing she had a man. Betty’s pals, including Bimbo and Koko, throw her a party. Yet after two men have a scuffle with a fish, the entire party gets into a fight, leaving the entire party a mess. In the end, Betty rows away with George Washington.