Info: Ads can be pain, but they are the only source to maintain website. Kindly Disable Adblocks.
HD Movies Point > Newly Added > Year > 2007 > Rocket Science (2007) 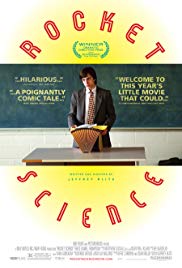 Rocket Science is a 2007 American comedy-drama film written and directed by Jeffrey Blitz, and starring Reece Thompson, Anna Kendrick, Nicholas D’Agosto, Vincent Piazza, and Aaron Yoo. It tells the story of Hal Hefner, a fifteen-year-old stutterer who decides to join his school’s debate team when he develops a crush on its star member, and addresses the themes of coming of age, sexuality, and finding one’s voice.