Info: Ads can be pain, but they are the only source to maintain website. Kindly Disable Adblocks.
HD Movies Point > Newly Added > Year > 2016 > Sanam Teri Kasam (2016) 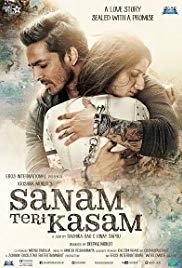 Sanam Teri Kasam is a 2016 Indian romantic drama film, starring Harshvardhan Rane and Mawra Hocane. It is directed by the duo Radhika Rao-Vinay Sapru and produced by Deepak Mukut. The film is a modern rendition of the novel Love Story by Eric Segal. The film was released worldwide on 5 February 2016 under the production banner of Eros Now.This movie is partly inspired by the American film A Walk To Remember by Adam Shankman.