Info: Ads can be pain, but they are the only source to maintain website. Kindly Disable Adblocks.
HD Movies Point > Newly Added > Year > 2015 > Spectre (2015) 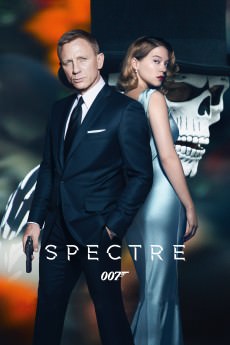 Spectre is the twenty-fourth James Bond film produced by Eon Productions. It features Daniel Craig in his fourth performance as James Bond, and Christoph Waltz as Ernst Stavro Blofeld, with the film marking the character’s re-introduction into the series. It was directed by Sam Mendes as his second James Bond film following Skyfall, with a screenplay written by John Logan, Neal Purvis, Robert Wade and Jez Butterworth. It is distributed by Metro-Goldwyn-Mayer and Columbia Pictures. With a budget around $245 million, it is the most expensive Bond film and one of the most expensive films ever made.