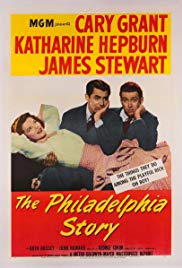 The Philadelphia Story is a 1940 American romantic comedy film directed by George Cukor, starring Cary Grant, Katharine Hepburn, and James Stewart, and featuring Ruth Hussey. Based on the Broadway play of the same name by Philip Barry, the film is about a socialite whose wedding plans are complicated by the simultaneous arrival of her ex-husband and a tabloid magazine journalist. The socialite character of the play—performed by Hepburn in the film—was inspired by Helen Hope Montgomery Scott (1904–1995), a Philadelphia socialite known for her hijinks, who married a friend of playwright Barry. 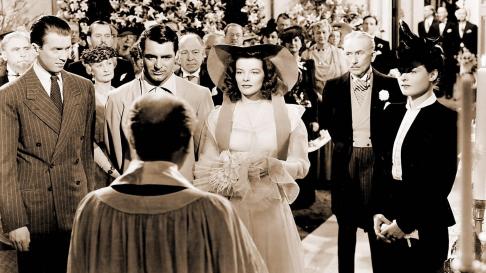