Info: Ads can be pain, but they are the only source to maintain website. Kindly Disable Adblocks.
HD Movies Point > Newly Added > Year > 2012 > The Woman in Black (2012) 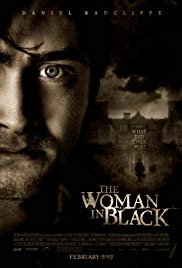 The Woman in Black is a 2012 British-American-Swedish-Canadian supernatural horror film directed by James Watkins and written by Jane Goldman. It is the second adaptation of Susan Hill’s 1983 novel of the same name, which was previously filmed in 1989. The film stars Daniel Radcliffe in the lead role, alongside Ciarán Hinds, Janet McTeer, Sophie Stuckey, and Liz White. The plot is set in early 20th-century England and follows a young, recently widowed lawyer who travels to a remote village where he discovers the vengeful ghost of a scorned woman is terrorizing the locals.

The Woman in Black (2012) Movie Screenshots