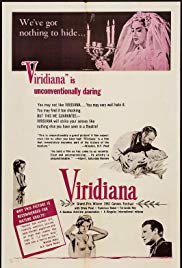 Viridiana is a 1961 Spanish-Mexican film directed by Luis Buñuel and produced by Gustavo Alatriste. It is loosely based on Halma, a novel by Benito Pérez Galdós.A novice named Viridiana (Silvia Pinal) is about to take her vows when her only living relative, her uncle Don Jaime (Fernando Rey), invites her to visit him. She has met him only once and is reluctant to comply. Her mother superior pressures her to accept.Don Jaime is a recluse living on a neglected farm with a few servants: Ramona (Margarita Lozano), her daughter Rita, and Moncho. When Don Jaime sees his niece, he is struck by her strong resemblance to his deceased wife…