Info: Ads can be pain, but they are the only source to maintain website. Kindly Disable Adblocks.
HD Movies Point > Newly Added > Year > 2011 > Wild Bill (2011) 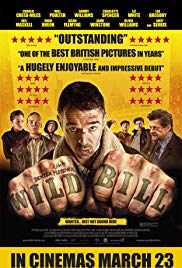 Wild Bill is a 2011 British crime comedy drama film directed by Dexter Fletcher and starring Charlie Creed-Miles and Andy Serkis. It was released in UK cinemas on 23 March 2012.Bill (Charlie Creed-Miles) is released from prison on parole after serving 8 years for East London drug lord Glen (Andy Serkis). He returns to find his sons, 15-year-old Dean (Will Poulter) and 11-year-old Jimmy (Sammy Williams), have been abandoned by their mother, who moved to Spain with her boyfriend. Dean has dropped out of high school and is working on a construction site to make a living. Bill is followed to the local pub by his former friends Dickie (Neil Maskell) and Terry (Leo Gregory).